In cooperation with ABB, Batenburg Installatietechniek placed and installed fast chargers for the regional distribution centre of Albert Heijn in Delfgauw. On 7 October 2020, the charging station was taken into use by the first fully electric truck from Mercedes-Benz in the Netherlands. Since the end of July, this eActros has been used by regular carrier Simon Loos to supply Albert Heijn supermarkets.

The realisation of fast charging infrastructure for electric trucks is a challenging discipline with several complex angles of approach due to the high power demand. To this end, project managers, engineers and specialists from ABB, Albert Heijn, Daimler, Simon Loos, contractor Van Ooijen Gouda BV and we from Batenburg Installatietechniek jointly plotted the charging station in detail and were in constant contact with each other during the implementation.

The grid operator was also involved after it became evident that the connection on the site had to be extended with an additional transformer substation. This substation was delivered and installed by our sister company Batenburg Energietechniek. Batenburg took on the project planning, intermediary role and supervision of the implementation.

Simon Loos will test the eActros made available by Mercedes-Benz Trucks Nederland for a year. The truck is used for the intensive supermarket distribution of Albert Heijn, which, in turn, is responsible for the transport planning and the necessary charging facility. For the latter, the choice was made to invest in a second innovation. The electric eActros has been in intensive service for the past weeks, and the range of approximately 200 km has already been put to good use by making several daily trips to places such as Rotterdam, The Hague and Delft. The fast chargers allow Albert Heijn to plan longer trips; because the truck’s battery can now be charged in a short time when it returns to the DC, there is no longer much waiting time between trips. This achieves an important goal in planning the use of the electric trucks as effectively as possible.

All parties are very satisfied with the cooperation and proud of the final result, with which another important step towards emission-free transport has been taken. 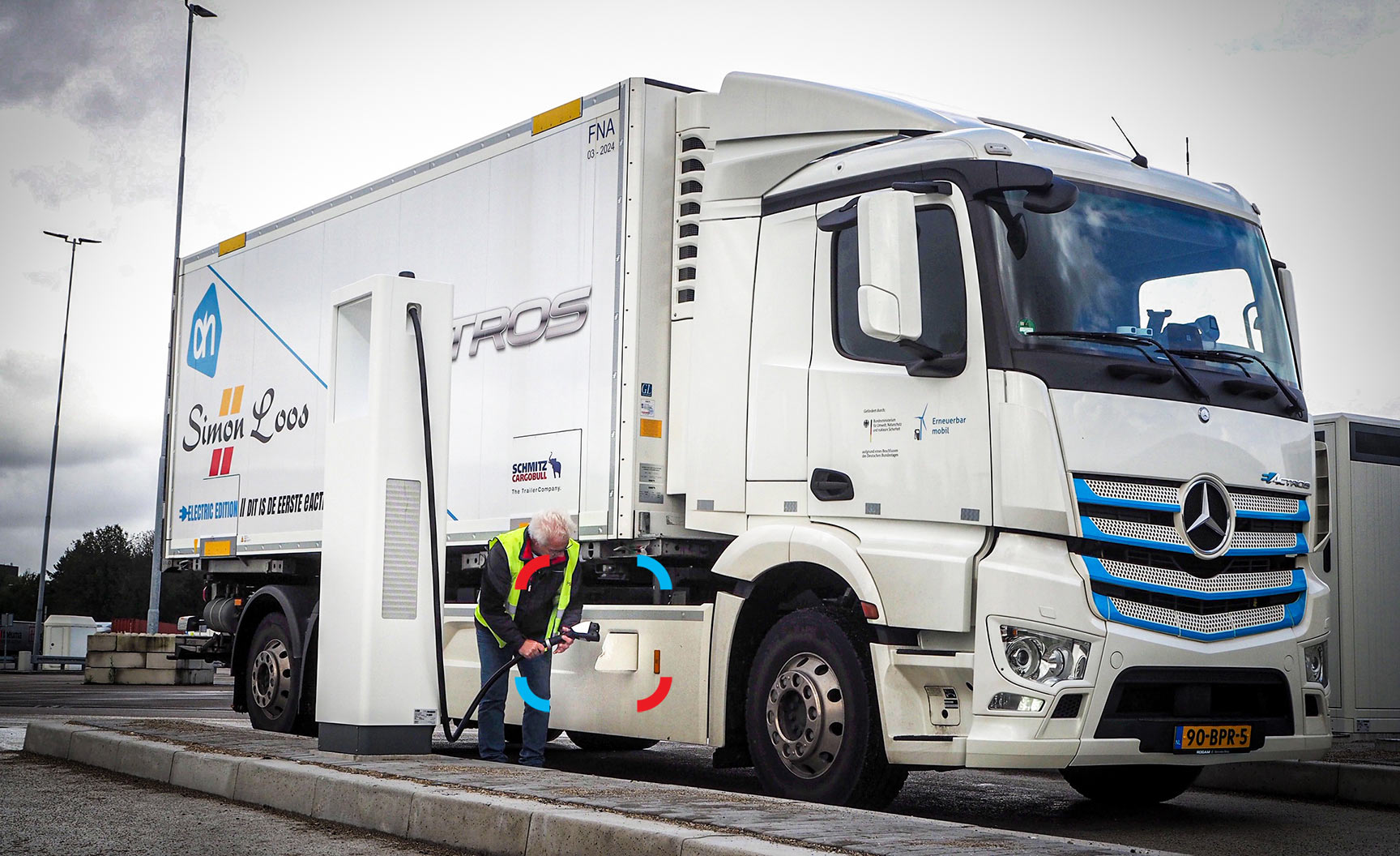